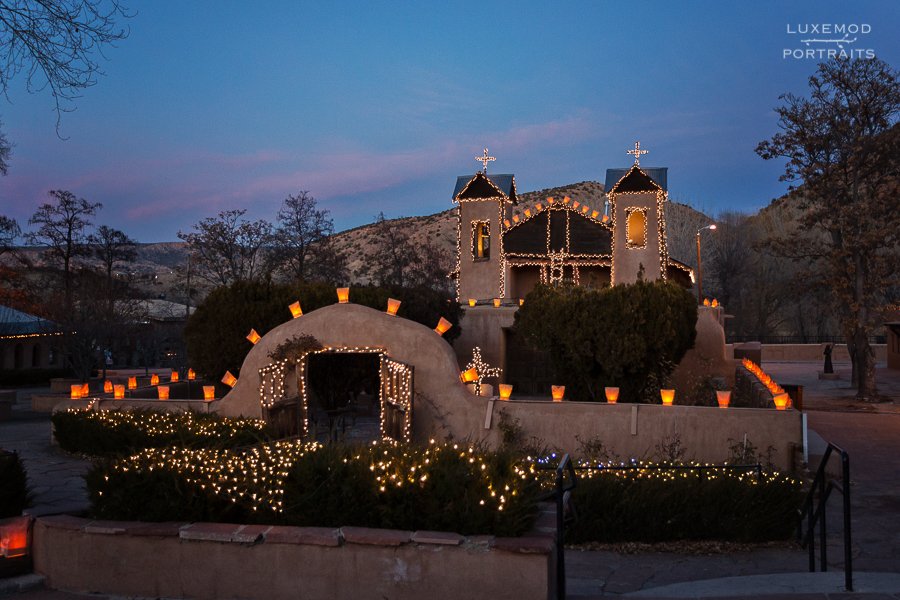 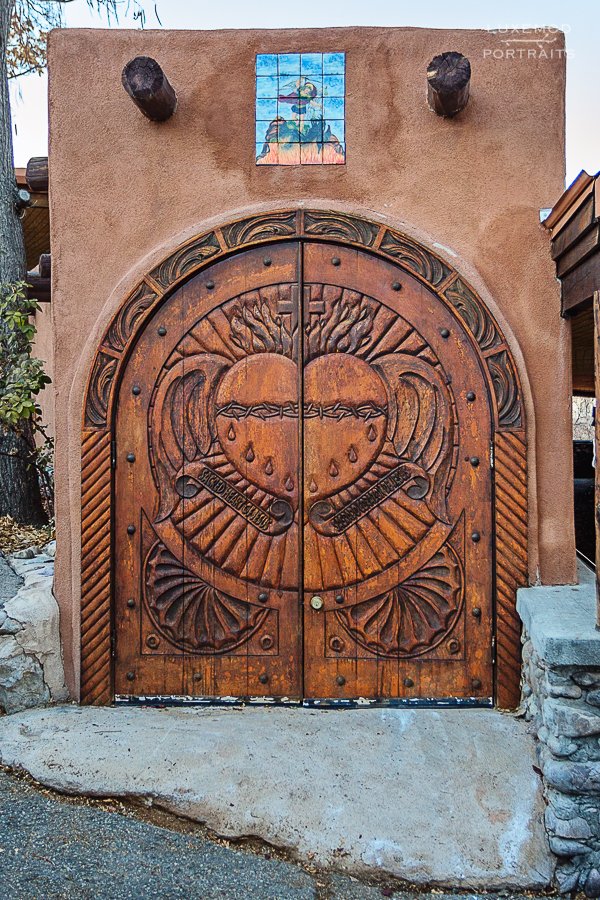 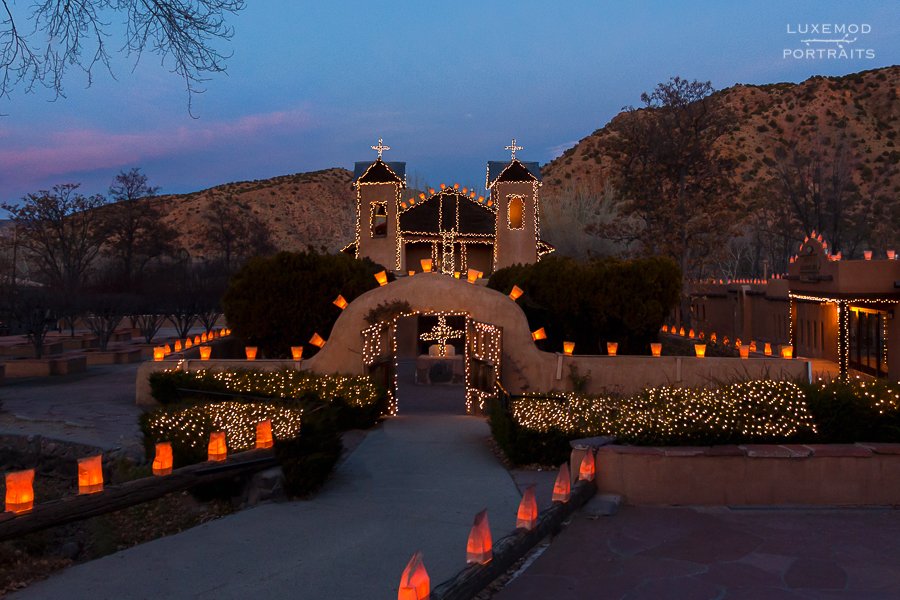 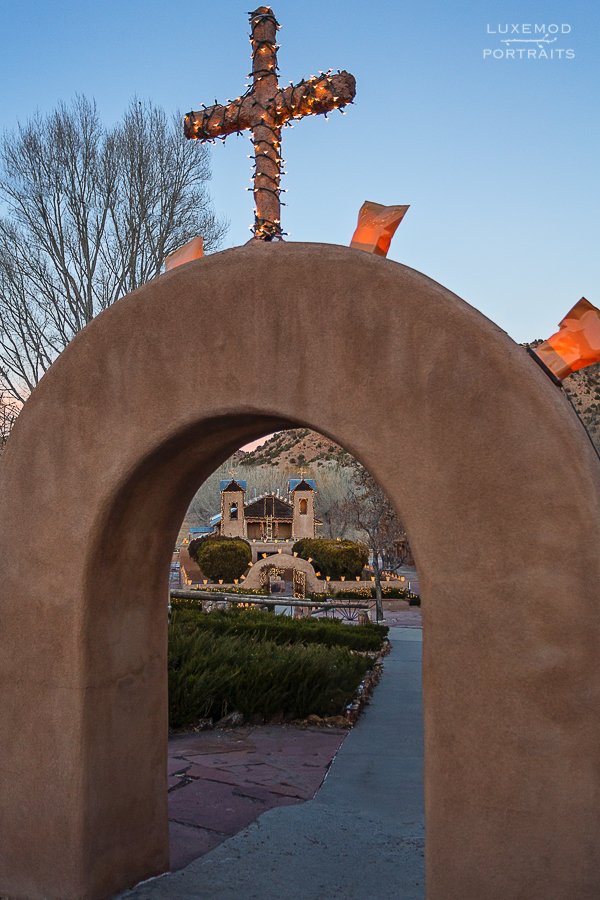 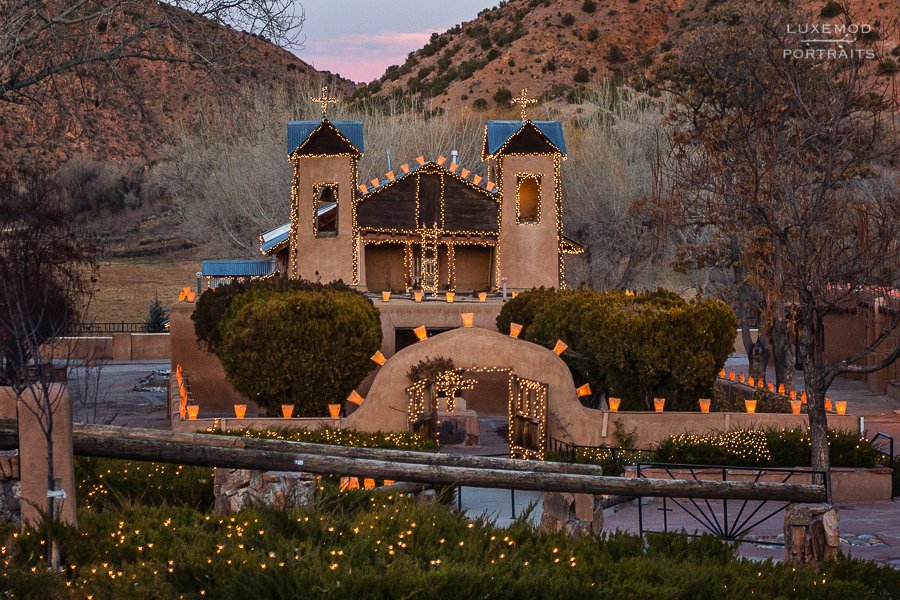 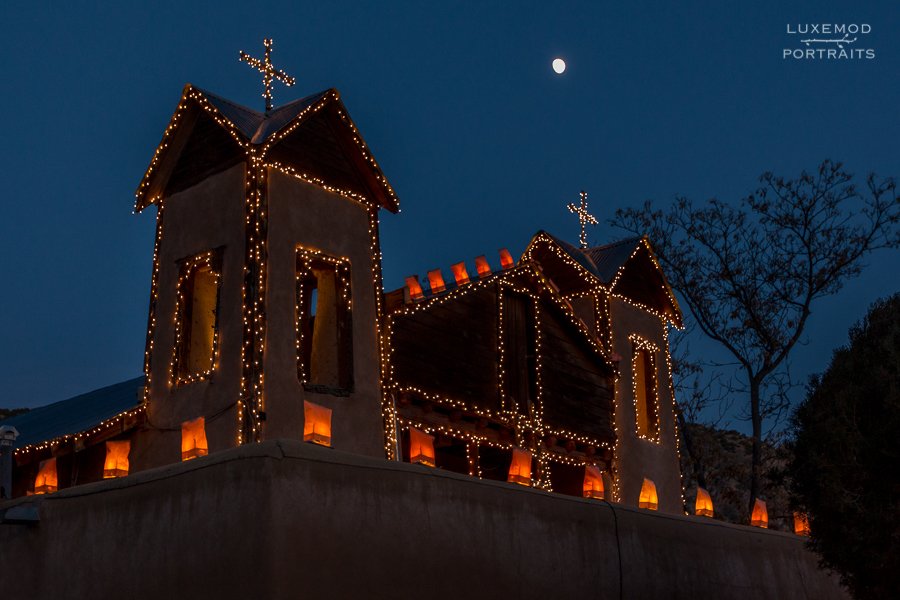 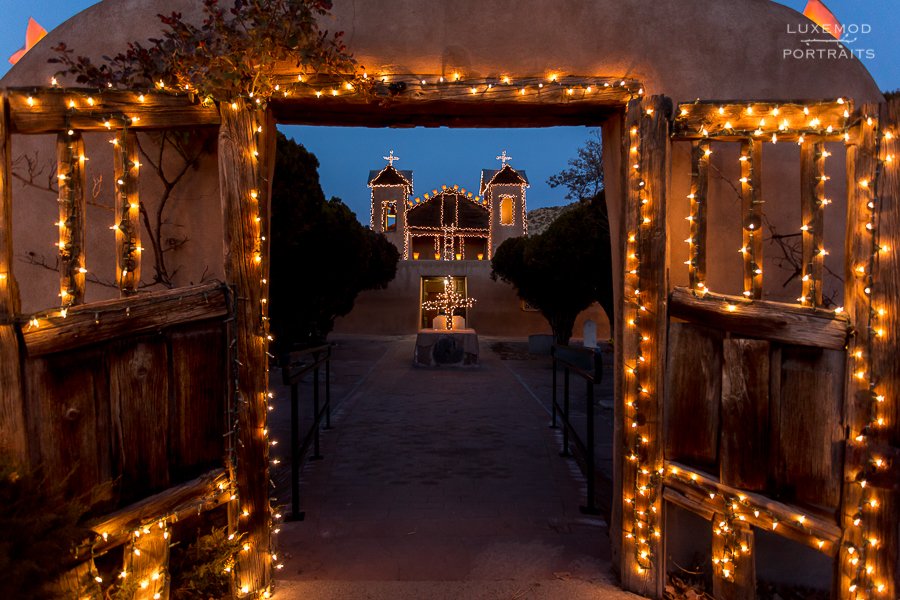 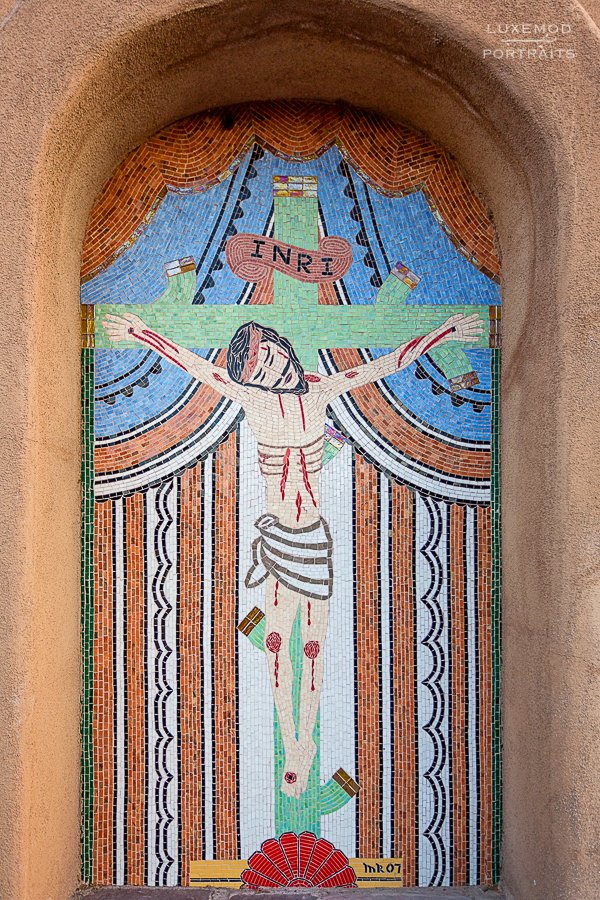 El Santuario de Chimayo was built in 1813  just outside of Chimayo. It was built in response to the discovery of a crucifix, Nuestro Señor de Esquipulas, in 1810 and subsequent miraculous occurrences.

The story is that a friar was performing penances when he saw a light bursting from the hillside. He discovered a crucifix when digging at the site.

The crucifix is still on the chapel altar, but its healing powers have been overshadowed by El Posito, the “sacred sand pit” from which it came. You can take sacred dirt from the pit in the floor of a tiny room off of the main sanctuary. Just outside the door is a prayer room with a wall lined with discarded crutches of those who were healed by the sacred power of the sand, and photographs of hundreds of people lining the stone walls needing prayers and healing.

There is much more to the story, which is fascinating, and as many as 300,000 people travel to this tiny chapel every year. It is a main destination for pilgrimages every year.